Olympian by Day…SOLIDWORKS Designer by Night

The Winter Olympics are right around the corner (opening ceremony is Sunday, February 9th!) and one of my favorite parts of watching is learning the back stories of the various athletes.  How they got involved in their sport, what motivates them, and what they do when they aren’t training for the Olympics. 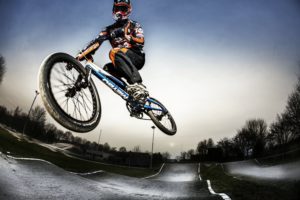 The successful athlete was just four when he first got the BMX bug and soon thereafter could commonly be found dirt jumping and racing around BMX tracks. However, another interest of his from an early age was designing, which originally started with Legos and grew bigger later when he put his burgeoning design skills to use restoring old boats as a hobby. While studying Industrial Design in school, van Gendt got his exposure to SOLIDWORKS.

When his athletic career is over, Twan has set his sights on becoming a designer and entrepreneur. Click here to learn more about Twan through a fascinating Q & A session and learn more about his connection to SOLIDWORKS. And don’t miss the video link at the end of the Q & A to hear more from Twan van Gendt in his own words.

Do you want to learn more about how SOLIDWORKS can help you with your design goals? Click here and an expert from The SolidExperts will be happy to help you.