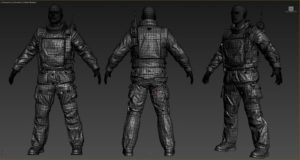 The video game industry continues to grow as technological advancements allow for more realistic graphics, user interaction and variety.  This means that expectations are high and nothing is worse than unrealistic graphics when you sit down to play a modern FPS (first-person shooter) video game.  That can be anything from beautiful yet slow-to-load landscapes, to characters that look so pixelated, it appears as if they’re made of Legos. The game engine itself can be ingenious, but if the content jars you out of that state of flow that devoted gamers know oh so well, soon you’re going to just hang up your graphics card and go elsewhere.

One of today’s hottest games that doesn’t suffer from any such graphics hiccups is The Farm 51’s multiplayer military FPS World War 3. With its uber-realistic battlefields transporting you to cities such as Warsaw, Berlin, and Moscow, and putting in your hands a whole range of lifelike, modern weapons and equipment, including machine guns, rocket launchers, drones and tanks, World War 3 doesn’t disappoint.

To achieve World War 3’s astonishing levels of character detail, The Farm 51 opted not to utilize the process of photogrammetry, as they had for both their games Get Even and Chernobylite. For World War 3, after reviewing all the latest available digital capture technology on the market, they instead went with handheld structured-light 3D scanners, as these gave them the requisite balance of speed, stunning resolution, and simple processing.

The Farm 51 team was introduced to Artec 3D’s professional handheld scanners by the experienced specialists at Artec Gold Certified Reseller 3D Master of Warsaw, Poland. 3D Master spent time with The Farm 51’s digitalization team and 3D artists to understand more about their workflows, their needs in terms of speed of scanning/processing, resolution, and ease-of-use.

At the end of the day, The Farm 51 chose Artec 3D’s handheld structured-light scanners Artec Space Spider and Artec Leo. Each scanner excels at what it was designed for.

Space Spider is an extremely-high-resolution scanner (up to 0.05mm accuracy), brilliant for digitally capturing small objects, especially those with high volumes of detail, such as electronic circuit boards, jewelry, tiny gears, etc. The Farm 51’s digitalization team uses Space Spider to scan small pouches, boots, helmets, and intricate details on a variety of objects and surfaces, bringing a level of realism to World War 3 that keeps millions of players around the globe coming back for more.

Artec Leo, the newest addition to the Artec scanner family, is the first 3D scanner to offer automatic onboard processing. Fully wireless, with a point accuracy up to 0.1mm, Leo gives the digitalization team the power to scan everything character faces and bodies, pistols, machine guns, and rocket launchers, even scanning objects as big as entire cars. With a capture rate of up to 44 frames per second, Leo scans fast, all the while delivering a jaw-dropping level of resolution in its scans, which appear in real time on the scanner’s touch panel screen, so you can see instantly if any areas have been missed and need to be rescanned.

Click here to read more about how Artec3D helped The Farm 51 create an award-worthy video game.

Wondering how Artec3D Scanners can help your business get “real”?  Click here and an expert from The SolidExperts will be happy to help!